The Spirit leads us in many different ways, often way less dramatic than we expect. He leads us by:

a. The Word of God (screen)

(Luke 2:42, ’When he was twelve years old, they went up to the festival, according to the custom.’)

Acts 3:1 ’One day Peter and John were going up to the temple at the time of prayer—at three in the  afternoon.’ (screen)

Them living according to their Godly tradition was the birth of a miracle, the healing of a lame man.

Being good to others, helping the needy, praying for those in need etc. These things will have you be led by  the Spirit more times than you think.

You can follow along these three ways of the Spirit leading you, and have a great life. Still, there is another  level of the supernatural that God wants to grow in you:

d. The Holy Spirit speaking to you personally (screen)

Might not happen every day, like a. b. and c. Most often when God wants you to step out of your comfort  zone and do something unexpected or unusual.

”So he left Judea and went back once more to Galilee. Now he had to go through Samaria.” (screen)

So Jesus does not have to go through Samaria for any other reason than the Spirit asking him to, leading  him out of what was ordinary and natural for him.

And because he was obedient to this specific request, a whole city came to faith!

2. Story: Word of Life in Soviet Union - ’Raise four million dollars in four years - the wall is coming down’.

Info we could have received from a. the Word of God, b. Godly traditions and c. Christian common sense.  (’I have a train’

How to grow in hearing the voice of God:

1 Sam 3:1-4 “The boy Samuel ministered before the Lord under Eli. In those days the word of the Lord was rare;  there were not many visions. One night Eli, whose eyes were becoming so weak that he could barely  see, was lying down in his usual place. The lamp of God had not yet gone out, and Samuel was lying  down in the house of the Lord, where the ark of God was. Then the Lord called Samuel.” (screen)

Samuel was in the temple (the right place) serving God (doing the right thing). One day the Spirit started  speaking to him personally, initially so natural that he even mistook it for Eli’s voice.

Make sure you are in the right place (church), doing the right thing (serving) to the best of your ability - and  leave the rest up to God.

Many times when I have been used by God, is was so relaxed and natural I had no idea God was even  leading me.

- Story: the taxi in Mexico City

The Spirit of the Lord will come powerfully upon you, and you will prophesy with them; and you will  be changed into a different person. Once these signs are fulfilled, do whatever your hand finds to do,  for God is with you.

The Spirit will not speak to you today, until you’ve done what he asked you to do yesterday.

When the Sprit speaks to you, nine times our of ten it’s not going to be about you, but somebody else in  need of help.

Luke 15:8 “Or suppose a woman has ten silver coins and loses one. Doesn’t she light a lamp, sweep the house  and search carefully until she finds it? (screen)

When God ’lights a lamp’ - when He fills us with his Spirit - it’s not for us to brag about or even use this fire  for selfish purposes. It’s so that we will be even more effective to seek and save yet another lost coin.

All eyes closed, head bowed. Think about the people of ’your world’ (friends, colleges, students, neighbors,  relatives). Out of them all, pick one. When you have, raise your hand as a sign. We will believe together that  the Spirit made you think of that person because he/she needs Jesus, and needs him through you.  Make up your mind to reach out to this person this upcoming week (meet, call, email, text - do something).  Dare to believe in the Spirit speaking and leading you so relaxed and natural. Now respond with your  decision, and get ready to reach out! Prayer. 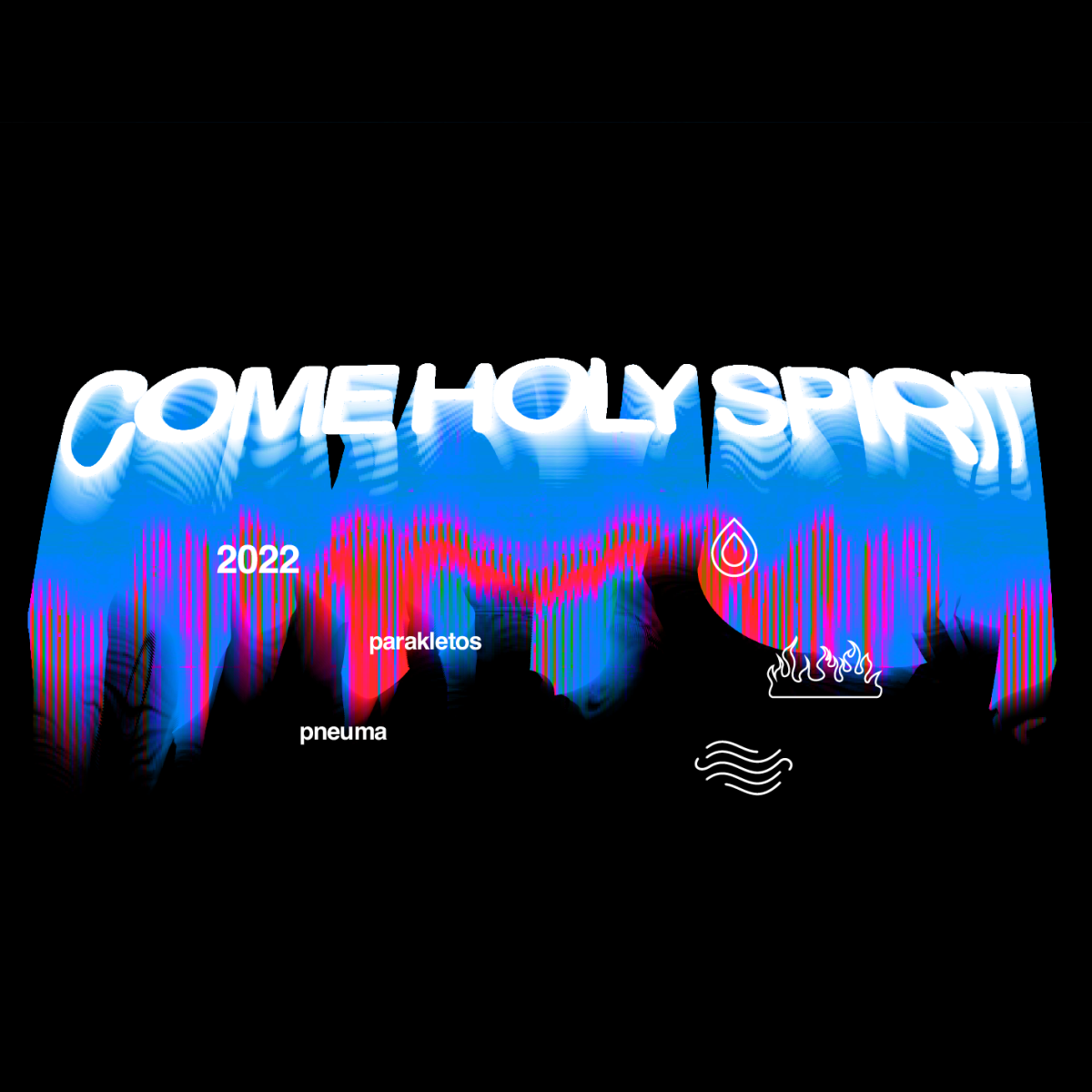 Advocate. Helper. Friend. Whatever the title, the Holy Spirit is our source for every component of life.

All the files in the included packages below have been stripped of dates and church branding. Feel free to adjust, change, or tweak as needed. Include your own church logo or swap out the photos.

Surrendering the direction of our lives lets Him fulfill the purpose of our existence.

Choose to be a vessel for God and ask His spirit to overflow in your life.

We all need the power of the Holy Spirit in our lives to see miracles, overcome life‘s struggles and walk in courage.

Part 4: Hearing the Voice of the Holy Spirit

Recognizing how He speaks into our lives will allow us to see the opportunities that He intends to use us for every day.

More than a historical event, the power and presence of what believers experienced at Pentecost is accessible today to anyone seeking God's Spirit to move in their lives.